The Sony Xperia 10 III appeared on screen for viewers but still, its release date in the market is not known. So, We are once again here with another budget-friendly smartphone from Sony which possesses somehow good features. Its features are just rumored and there is no confirmation from the manufacturer yet. Therefore, seems that it will mesmerize its buyers. We expect it to be quite useful along with being economical. Although it will be possessing Snapdragon 690 5G.

All the other top trending brands are offering smartphones up to $1200 but with respect to price, Sony has gone to the next level with respect to the prices of Smartphones which have delivered really good results to many of us. Furthermore, Sony claims its smartphones design for professionals. Now I believe that this Sony Xperia 10 III upcoming smartphones will be a low-budget smartphone with excellent features.

So, if we compare the specs of the Sony Xperia 10 III with other smartphones, then it is possessing good features that a normal ranged smartphone may possess but it doesn’t have anything special or unique. Similarly, there is not anything new regarding the camera. Moreover, it has got a large size of battery. Although its RAM and storage space has got some changes.

Therefore, all smartphones which came to market from multiple brands with a price range of $500-$1000 may possess good features but of course, the ones with exceptional features will cost more than 1000 bucks. Therefore, it will not be a game-changer for Sony rather it will be a good economical addition to the Sony family.

With crossed fingers and delightfulness, many Sony lovers are waiting for the launch of the Sony Xperia 10 III in February 2021. Although there is no confirmation of the release from the production house. Furthermore, we hope and pray that due to the Corona pandemic its release may not get late. As it happens with many smartphone launches in 2020. It is one of the economical launches of Sony so far. Moreover, In the form of this smartphone, Sony has somehow fulfilled the expectations of its users without any flaws.

Sony has always been famous for its HD screens and camera. That is why these oldies are still incomparable, but this smartphone has beaten all brands with respect to its price although we are still unsure with respect to design as well as features. Many Chinese manufactures are coming forward with exceptional features every day and many of them have gained a great market value but still, they are unable to reach the level of oldies who are still the goldies.

The price which is presumed is $460. This price may change depending upon the value of the currency when you would order. It also depends upon the RAM, color, and storage capacity as well as the change in the Tax application of the country.

Thus, the recent most appealing smartphone by Sony is hitting the bottom. As always with respect to LCDs and camera pixels and quality, its smartphones have made a particular place in the market as well as buyer’s hearts although some people complain about their previous models lacking some modified features and having high prices. In my opinion, still, there is no comparison of its built and outer look.

They have strong configuration since day one. So, we have high hopes that It will always be greatly loved and highly popular. They claim it to be for professionals. From now on we expect it to come with modified features as well as an exceptional camera It has always been confidence gaining manufacturer.

Furthermore, the struggle of brands to compete by introducing new features every now and then has increased a fold.

Let us have a peer view on the specifications of the Sony Xperia 10 III:

The camera of Sony Xperia 10 III:

You do not need a professional DSLR camera to take amazing photos and videos. Get pro-caliber results every time with the 12 MP triple camera system, PDAF, 2X optical zoom, and 4K video recording.

The giant 12 MP camera (wide) sensor, nearly 2x optical zoom with the 12 MP cameras used by other flagship phones, captures lighter to deliver incredibly detailed images. Pinch and zoom in to explore your photos without losing quality with the highest resolution camera ever.

It captures extreme close-ups, along with ultra-wide landscapes and everything in between. If you have the lens to make it great. Bundle of thanks to a triple camera system of this smart beauty.

The 12 MP Triple Pixel main camera sensor delivers unmatched quality while the triple camera system provides countless ways to use it. Get incredibly detailed close-ups with a built-in Macro Vision that catches every detail. When you can’t get up-close-and-personal with your subject, the 8 MP telephoto lens uses high-res optical zoom to capture details that would otherwise be missed at a distance. An 8 MP ultra-wide-angle lens lets you fit more of the scene into your shot. 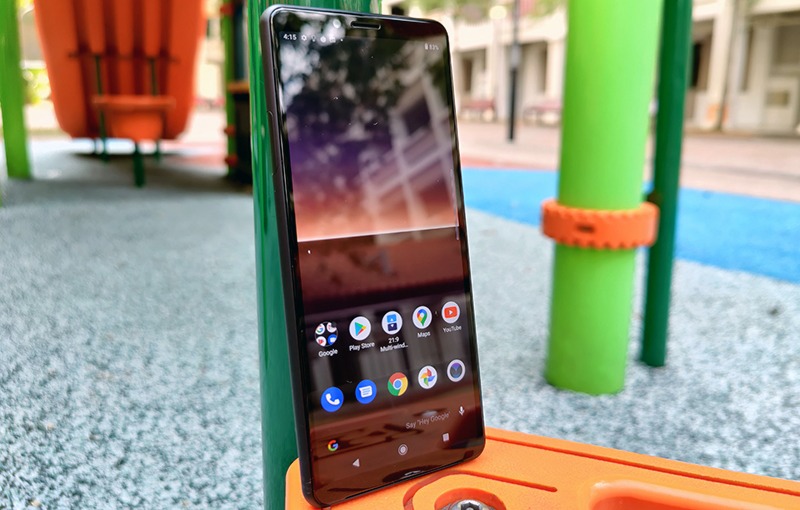 One can enjoy content on the smartphone display ever. Stretching 6.0″ and wrapping nearly 90° around both sides, the Endless Edge display maximizes the viewing area. See a billion shades of color with HDR and scroll smoothly with the 90Hz screen refresh rate.

Easily navigate one-handed by swiping up, down, or tapping the Endless Edge display to see notifications, open recent apps, and access shortcuts or tools. Plus, make the most of screen space while gaming with two additional touch screen buttons on the top edge.

Sony Xperia 10 III is coming in the nicer notch. It will really feel like something that can appeal to the buyer because of its smartness and elegant colors It’s amazingly smart.155.4 x 68.4 x 8.3 mm in height, width and thickness respectively, and having a weight of 208.5g.

It would be having a captative touch screen allowing under-display touches. Therefore, its display would be an extraordinary one. Its display image would be appropriate for middle age as well as old age. It would be recommended for those who have visibility issues or other health problems related to viewing as it has an OLED display.

The Qualcomm® SM6350 Snapdragon™690 5G , with an AI engine that can process 15 trillion operations per second. 4GB-12GB of DDR5, the next generation of memory, delivers powerhouse performance with more bandwidth and less battery drain.

Sony Xperia 10 III is tightly integrated with the Google apps and services you love. Back up your memories with Google Photos, get answers with Google Assistant and live a healthier digital life with Digital Well-Being.

It is assumed to be having 12GB RAM having a storage capacity of 128 GB. It does not allow any external storage. As expected, it will be having exactly the same features and storage capacity regardless of the overview and image so it will have a higher cost too. If this information received from different sources is correct, that may well make for the most expensive ever as that is a lot of storage on one handset.

Download your content in seconds with the fastest possible data speeds in a smartphone, ever. With the Verizon 5G Ultra Wideband network, plus the extra bandwidth of WIFI 5, the future of connectivity is in the palm of your hands. Literally.

Lightning-fast 5G on the Sony Xperia 10 III is capable of over 4 Gbps. speeds were never seen before on a smartphone. Whether browsing, streaming, or gaming, you demand performance. No lag time, no interruptions.

With a monster 4000mAh battery and TurboPower. Wireless charging capability, You can power-up fast or power-share easily. A stereo speaker produces the loudest audio output ever, with incredible richness and clarity. Enjoy deeper bass and crisp, clean vocals, even when cranked up to higher volumes.

With the largest capacity of any 5G smartphone, go for multiple days on a single charge. Even while using the most performance-intense apps. TurboPower. Charging delivers hours of power in just minutes and wireless charging eliminates the hassle of wires. Power up using a compatible charging pad, or lend a little juice to accessories and other devices with wireless power-sharing.

Therefore, it would be surely one of the most liked phones after its release, It has come up with an exceptional camera which displaces the DSLR at home. Similarly, its battery size is really great but it’s too price.